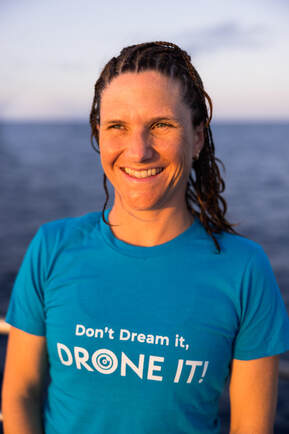 I am a scientist, academic, educator, and business co-founder who loves to prove that science is more than lab coats and test tubes. I believe that there is a science for everyone, you just need to know where to look.

I have a diverse history having worked in academia since the late 1990’s. After finishing my PhD at the University of Queensland in mapping live coral cover on the Great Barrier Reef, I made a career change and became a Geomatic Engineering Officer in the Australian Army. This allowed me to apply my mapping skills to new problems, and broaden my horizons.

Then I moved to New Zealand to travel the country mapping recreation opportunities with the Conservation Estate with the Department of Conservation. From phenomenal beauty to hazards, I turned my focus to earthquakes, landslides, floods, and volcanoes, at GNS Science using my mapping skills to better understand and inform authorities on disaster management.

I am now a Senior Lecturer at James Cook University in Cairns. I still work on the Great Barrier Reef and in the other surrounding ecosystems that far North Queensland has to offer.

For the past six years I have used my role as co-founder and Education Director of She Maps to actively diversify science, technology, engineering, and maths (STEM) through drones and geospatial technology. My programs have been taught more than 300 times to more than 6500 students and teachers. She Maps is a regular feature in the media, has attracted international attention, and we even have programs running in 15 countries around the world.

Most recently I co-founded the online drone data repository GeoNadir where I work with scientists and drone operators around the world to protect our world's most at-risk ecosystems. GeoNadir is based on FAIR principles (findable, accessible, interoperable, and reusable).